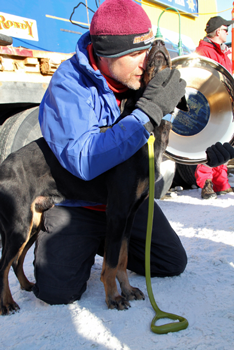 Arleigh Reynolds of Salcha was second in the three-day race with Michigan musher Ken Chezik third.

Race officials disqualified last year’s winner, Blayne Streeper after an altercation during Saturday’s heat with another musher, Luke Sampson of Kotzebue.  In a press release, Streeper apologized to Sampson, but said race officials over reacted.

Streeper was seeking his fifth consecutive world championship victory.  He will be allowed to compete in the 2012 race.