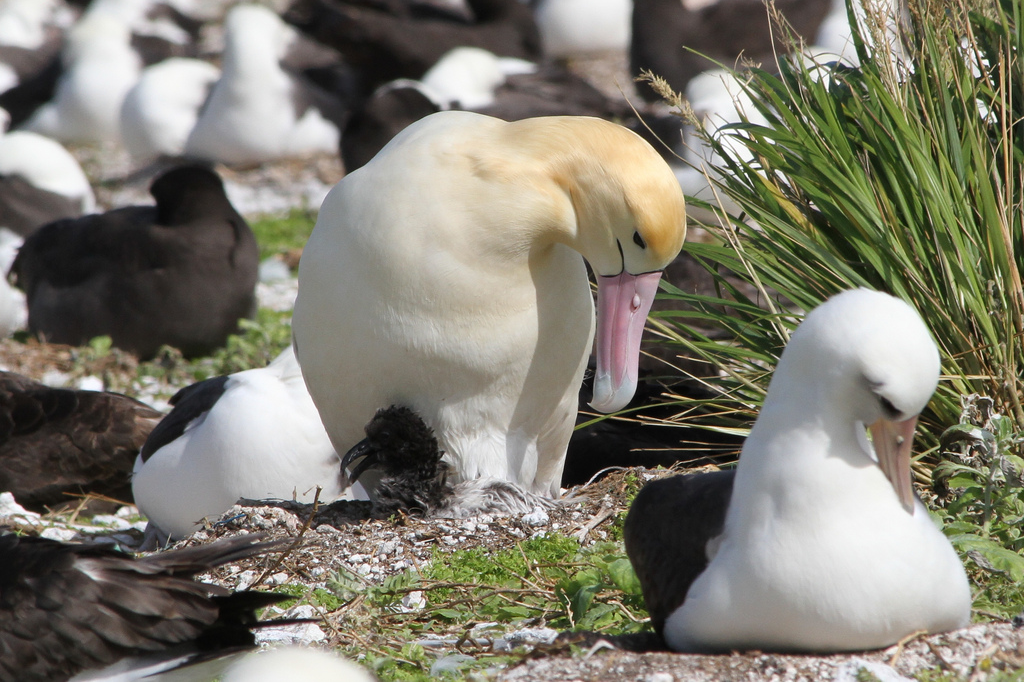 Bird lovers are celebrating the recent birth of a single chick on a tiny island in the North Pacific. That’s because the bird is the first short tailed albatross born outside of Japan in modern history. The endangered bird feeds along the Aleutian chain but the vast majority breed on a single island in Japan. Because that island is also an active volcano, biologists are helping the species establish colonies at a few alternative sites. The new chick is one success story in that effort.

Photo courtesy of the U.S. Fish and Wildlife Service.  For more pictures of the Short Tailed Albatross, visit their Flickr page.