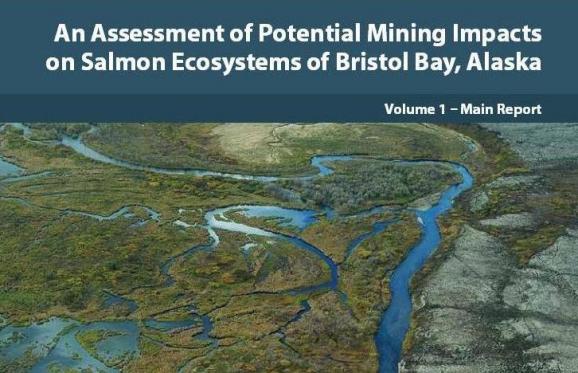 The EPA has released the final version of the document they will use to make future regulatory decisions about whether or not to allow large scale mining to go forward in the Bristol Bay Region.

The agency has been working on the Bristol Bay Watershed Assessment for the last 3-years and Region 10 Administrator Dennis McLerren says the document is finished and won’t be update if and when the Pebble Limited Partnership or other entities file for permits to conduct mining. Under questioning during a press conference Wednesday McLerren asserted that the Assessment shows impacts to the commercial fishery in Bristol Bay is a large mine like the Pebble Mine is developed.

“We have identified many direct impact on the habitat and on the fishery that include the loss of streams and wetlands.”

The final version of the watershed assessment includes an estimate that the Pebble Mine would destroy between 24 to 94-miles of salmon-supporting streams and between 1.3-thousand to 5.3-thousand acres of wetlands, ponds, and lakes.

The process of putting together the Bristol Bay Watershed Assessment got started after a 2010 request by several tribes in Bristol Bay for the EPA to step in and use authority granted the agency by the Clean Water Act to stop the issuance of dredge and fill permits that would be required to develop a large mine. Rather than start that process, called 404-C for a section of the Clean Water Act, the EPA decided to assess the potential impact of mining on the Nushagak and Kvichak River watersheds. McLerren says the Assessment does not spell out any forthcoming regulatory decisions form the EPA.

“This assessment is a scientific document that provides the basis for EPA and other decision makers to look at the science gathered and make decisions going forward.”

McLerren says that process will soon get underway. However, he couldn’t provide any information on a timeline.