On the next Outdoor Explorer we’re excited to share a new format for the show. We’re going to break up our topics like a magazine rather than stick with one theme. We have three exciting segments for you. In the first part, a military sports program here in Alaska that combines shooting and skiing. The Alaska National Guard fields a biathlon team, and while it is open to all kinds of guardsmen, it has also produced some national level athletes. Later in the show, something completely different, urban snowboarding in Anchorage. We’ve got all these big mountains, so why do some boarders prefer city rails and stunts? We’ll learn about that, and the key role filmmaking plays in the sport, with a new video just completed about Anchorage urban boarding. We’ll also feature a piece of outdoor inspired poetry. 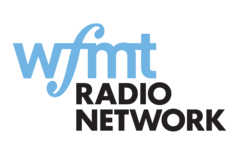 For more episodes go to OUTDOOREXPLORER.ORG

On Outdoor Explorer you're invited to step outside in Alaska. Follow our hosts to a new trail or mountain top. Learn what to pack, when to go and how to stay safe. READ MORE...