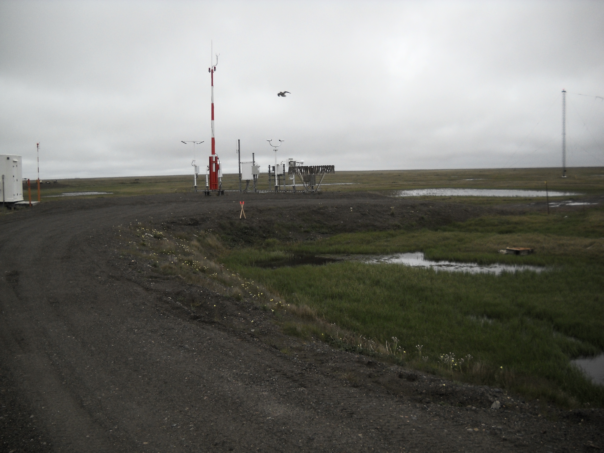 “North Slope climate change just outran one of our tools to measure it.” That was the message from the National Oceanic and Atmospheric Administration (NOAA) earlier this month, when an algorithm they use for quality control balked at the data coming out of Utqiaġvik.

NOAA manages thousands of weather stations across the United States that measure temperature and other variables. That data helps weather forecasters, but it’s also closely monitored by climate trackers.

“What’s been happening in Utqiaġvik is that temperatures are warming so fast that quality control algorithms finally had enough and said ‘Oh, the station must have moved because temperatures can’t be warming this fast naturally!’ Rick Thoman, NOAA’s Weather Service climatologist for Alaska, said.

The algorithm is designed to flag data that looks wrong. And when scientists see a flag like that, they investigate. Sometimes they find that the weather station has moved, say, closer to or further from the coast, which would explain why it’s recording such different temperatures.

But that’s not what happened in Utqiaġvik. Temperatures there really are just that much warmer. This November was the hottest on record, averaging 17.2°F.

Bryan Thomas works in the NOAA Observatory in Utqiaġvik, and said he can see obvious signs of warming.

“When we look out on the ocean right now we see a few icebergs,” Thomas said. “Normally we would see white to the horizon in the past, and in this case we’re seeing dark water to the horizon.”

NOAA is working to tweak the algorithm to make it more forgiving in the Arctic, a place where climate change is happening twice as fast as anywhere else on the globe. They hope to have the adjustments in place in a month or two.