Democratic Rep. Justin Parish announced on Facebook this morning that he will not run for re-election.

“I’ve said from the beginning, that I’ll run for re-election unless I’m able to find someone who can do it better than me,” Parish said in the video. “After many conversations, I think I have. My former chief of staff Robert Edwardson, who worked with me from the beginning, has agreed to serve, has agreed to put his name into the hat, and I hope that you’ll support him.” 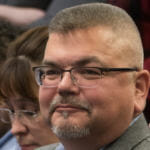 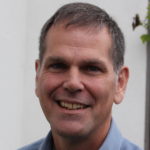 Edwardson is a Democrat and a member of the Juneau Assembly.

Another assembly member, Deputy Mayor Jerry Nankervis, is running as a Republican for the seat.

House District 34 includes the Mendenhall Valley, the Juneau Airport area and neighborhoods to the northwest.

How the pandemic has further strained recovery resources | Alaska Insight