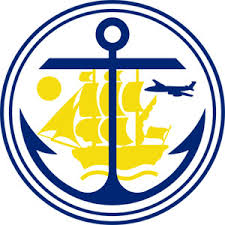 Voting is underway in a special election to pick a new Assembly member to represent west Anchorage. The seat opened up when Assembly Member Tim Steele stepped down in June for health reasons.

The district includes neighborhoods like Spenard, Turnigan, Sand Lake and Valley of the Moon.

While the election is certainly a local political affair, the Anchorage Assembly has a disproportionate influence on state politics, stemming in part from Anchorage’s role as the state’s main hub. Even Alaskans living in distant communities regularly deal with policies enacted by the body, be it in extra hotel and rental car charges, permits for businesses, even money spent buying gas or groceries whenever it weighs different tax policies.

Additionally, the Assembly is like a farm league for politicians who go on to become mayor, get into the Legislature and hold state-wide office. People like Tony Knowles, Mark Begich, Anna McKinnon, to name a few, all came up through the Anchorage Assembly.

This special election is on a compressed time-line, with just a few weeks between candidates filed to run, when ballots were sent out, and are due back by August 7th.

Technically there are seven candidates, but only three are being seriously watched, having launched organized campaigns that are garnering meaningful endorsements, getting literature or digital media in front of voters, or have attracted donations.

The candidate with a presumed lead in the race is Austin Quinn-Davidson.

“I’ve lived in Anchorage for seven years,” Quinn-Davidson said by phone in an interview earlier in the week.

The 38-year-old Quinn-Davidson has amassed the largest war-chest in the brief race; as of July 9th when the first round of campaign disclosures came out she had raised more than $34,000, much of it from individuals as well as a handful of political action groups representing unions. She’s wracked up endorsements from six of the 10 sitting Assembly members, along with multiple progressive organizations and prominent democratic politicians. But Quinn-Davidson says she isn’t interested in bringing partisanship to the Assembly.

“In my profession, what I do is bridge the gap and bring different groups together. And I think that’s what we want on the Assembly, we want some one who’s a bridge-builder,” Quinn-Davidson said.

Quinn-Davidson is a lawyer for the Great Land Trust, an environmental conservation organization. She currently serves on the city’s budget advisory board. In door-knocking throughout the district she says crime is the number one issue for residents. She wants to address it by continuing enforcement policies undertaken by the Berkowitz Administration like growing the size of the police force, as well as putting more resources put toward what she calls “root causes” like substance abuse.

“The percentage of these calls (APD is) responding to that are related to drugs has spiked in the last few years,” Quinn-Davidson said. “So I think that there’s an opportunity there to take a hard look at what are we doing and where are we filling the gaps if there isn’t state money to pay to address some of the opioid addiction that we’re facing.”

Quinn-Davidson shies away from offering specific proposals she would advance on the Assembly, tending instead to emphasize process. For example, she likes the recently approved ordinance on accessory dwelling units because it received lots of input from community councils. Likewise, if elected, she wants to solicit advice from small business on how to revise and improve the local permitting process.

Quinn-Davidson is one of only two candidates to have gotten donations from APDEA, the union representing police employees.

The other is Nikki Rose, who as of her last financial disclosure had raised just under $1,800. But, several prominent conservative figures have thrown support behind the 35-year-old, who grew up in West Anchorage and is now raising her family there. Rose leads her local community council, and explained that if elected, she wants to encourage neighborhood groups to organize citizen patrols to confront crime.

“One of the things I really enjoy doing is the community patrols,” Rose said. “I think that frees up a lot of the officers to do what they really need to do, and that is: get a handle on the bigger issues with crime.”

When it comes to measures that are within the Assembly’s control, Rose does not offer many concrete policy proposals. She identifies homelessness in the municipality as a major issue, and has broad criticism of the state and current administration for Anchorage’s public safety situation. But doesn’t offer many specifics.

Rose is running the furthest to the right in the race, garnering praise and endorsements from prominent conservative and Republican figures like Assembly Member Amy Demboski, former governor Sean Parnell, and several former Anchorage mayors.

The third candidate people are watching is Sam Moore, who works as a contract accountant.

The 33-year-old is originally from Missouri, he’s lived in Anchorage for a little more than five years, always in the same district. He’s very active in his local community council, and he has a firm grasp of what kinds of policies are in the purview of a municipal body like the Assembly. For example, public safety is one of the issues he thinks is most important in his district, but he’s candid about how much influence he’d have on that if elected.

Assembly races are technically non-partisan, but candidates tend try courting members of the two political parties. Moore describes himself as a “progressive Republican.” He has a wonk’s appreciation for down-in-the-weeds details, eager for example, to discuss why he thinks the financial valuation of the pending utility sale of ML&P is important, or how come zoning is a critical issue.

Moore is visually impaired, and has been a consistent advocate for better public transit options and bringing in transportation companies like Uber and Lyft to Anchorage. He’s only raised around $3,500, and doesn’t have many endorsements from unions or public officials.

Ballots have been mailed out to qualified voters in West Anchorage. Votes can be cast by sending ballots back through the mail, putting them in drop boxes, or the election center down by Ship Creek by August 7th.

More information can be found here.