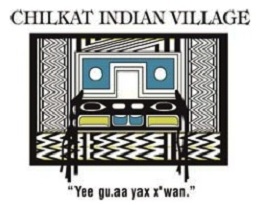 The Klukwan Community Library is carrying out an initiative to preserve the stories of tribal members. “Chilkat Stories: Our Village, Our Lives” aims to capture the experiences of Klukwan residents of all ages by creating audio recordings of their stories.

Chilkat Indian Village started the Chilkat Stories project in 2017 with the help of a grant from the Institute of Museum and Library Services.

Klukwan Library Co-Director Jamie Katzeek says a needs-based assessment of the community found that people wanted to know more about what life used to be like in Klukwan.

“That’s just what they want to know,” Katzeek said. “How did the elders grow up? What did they remember about how Klukwan used to be?”

The process is straightforward. Katzeek sits down with tribal members and creates audio recordings of their stories about life in Klukwan.

“We just want to increase knowledge about and the interest in our Tlingit heritage. So it’s just asking people to pass on information about their life experiences. It’s just explaining about things that happen in Klukwan just for people that don’t have an idea of what it’s like to live in a small village,” Katzeek said.

The purpose of the project is to document and preserve the experiences of elders and tribal members before those stories are lost.

Katzeek has focused on preserving Tlingit culture through much of her work.

Last year the Klukwan Library received the Guardians of Culture and Lifeways Outstanding Project Award for a film she produced about traditional food-gathering practices in the Chilkat Valley.

“The younger generations are not necessarily learning all of the subsistence activities that people used to do in the village, so we wanted to document the process. Some people didn’t know how to make dried fish, and some people don’t know how to butcher a moose, seal hunting and stuff like that. They are meant to be how to videos so that people could learn skills, so the traditional skill isn’t lost,” Katzeek said.

Fred Strong, one of the tribal members featured in the film, passed away unexpectedly shortly after sharing his expertise for the project. His knowledge of subsistence fishing is accessible to future generations through the films, which are available at the Klukwan and Haines libraries.

The Chilkat Stories recordings will be saved in the tribe’s archival collection. Participants will also receive a copy of their recordings on a disk.

Some of the recorded stories will be edited for broadcast on KHNS. However, this is entirely optional for participants.

Katzeek says she will continue to collect stories until next summer. She encourages people to share their experiences, no matter what kind of story it may be.

“Every story matters is what I have been telling people. You know, maybe it’s something that they would like their great-grandchildren to know about–what they did or what they experienced. It’s helping people preserve stuff because traditionally Tlingit knowledge was passed down orally, so we’re just helping that,” Katzeek said.

To participate in the project, tribal members can contact the Klukwan Library. Katzeek will help coordinate a time to meet up and record stories.