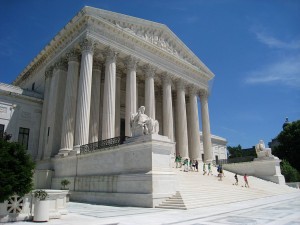 Both of Alaska’s U.S. senators said Monday they need to hear more about the allegations of a California professor accusing Supreme Court nominee Brett Kavanaugh of sexually assaulting her when they were high school students.

“I think we should take this seriously, regardless of the length of time, the passage of time,” Sen. Lisa Murkowski said.

Professor Christine Blasey Ford alleges Kavanaugh pinned her down more than 30 years ago and tried to rape her in an isolated room while a party was underway. She claims his movements were hampered by intoxication and she managed to escape. Kavanaugh denies the allegation and says he never attended the party she describes.

Murkowski said facts can be hard to establish after more than 30 years. And she said teenagers often do things that are impetuous, foolish or just plain dumb. But she said bad high school behavior could be a factor in a person’s fitness for the Supreme Court.

“Is there a statute of limitations that says once you hit this age, anything that happened before that time is kind of off the books?  No, I don’t think that is the case,” Murkowski said. “But I do think we need to be fair with this.”

Murkowski is closely watched as one of only two Republican senators considered possible no votes on Kavanaugh.

Sen. Dan Sullivan announced he’d support Kavanaugh after meeting with him this summer.

But keeping women safe from personal violence has been one of Sullivan’s signature priorities, as a senator and before that, when he was Alaska attorney general. He now says he wants to hear more.

“My view is both professor Ford and Judge Kavanaugh deserve the right to be heard on this matter,” Sullivan said, reading from a prepared statement. “I commend (Judiciary Committee) Chairman Grassley on committing to as much and will be following closely as these claims are evaluated, reviewed and the Judiciary Committee continues to look at them.”

Last week, before Ford stepped forward to put her name on the allegation, Sullivan said he’d have serious concerns about confirming Kavanaugh if the allegation turned out to be true.

On Monday he took one question: Whether he thinks allegations about what one might have done in high school could disqualify a nominee.

“Again, I’m just going to wait for the context,” Sullivan said. “And your question actually opens up a lot of different issues that I think are going to be explored. But it’s not an illegitimate question to ask.”

The Senate Judiciary Committee has scheduled a public hearing Sept. 24 on the allegation.