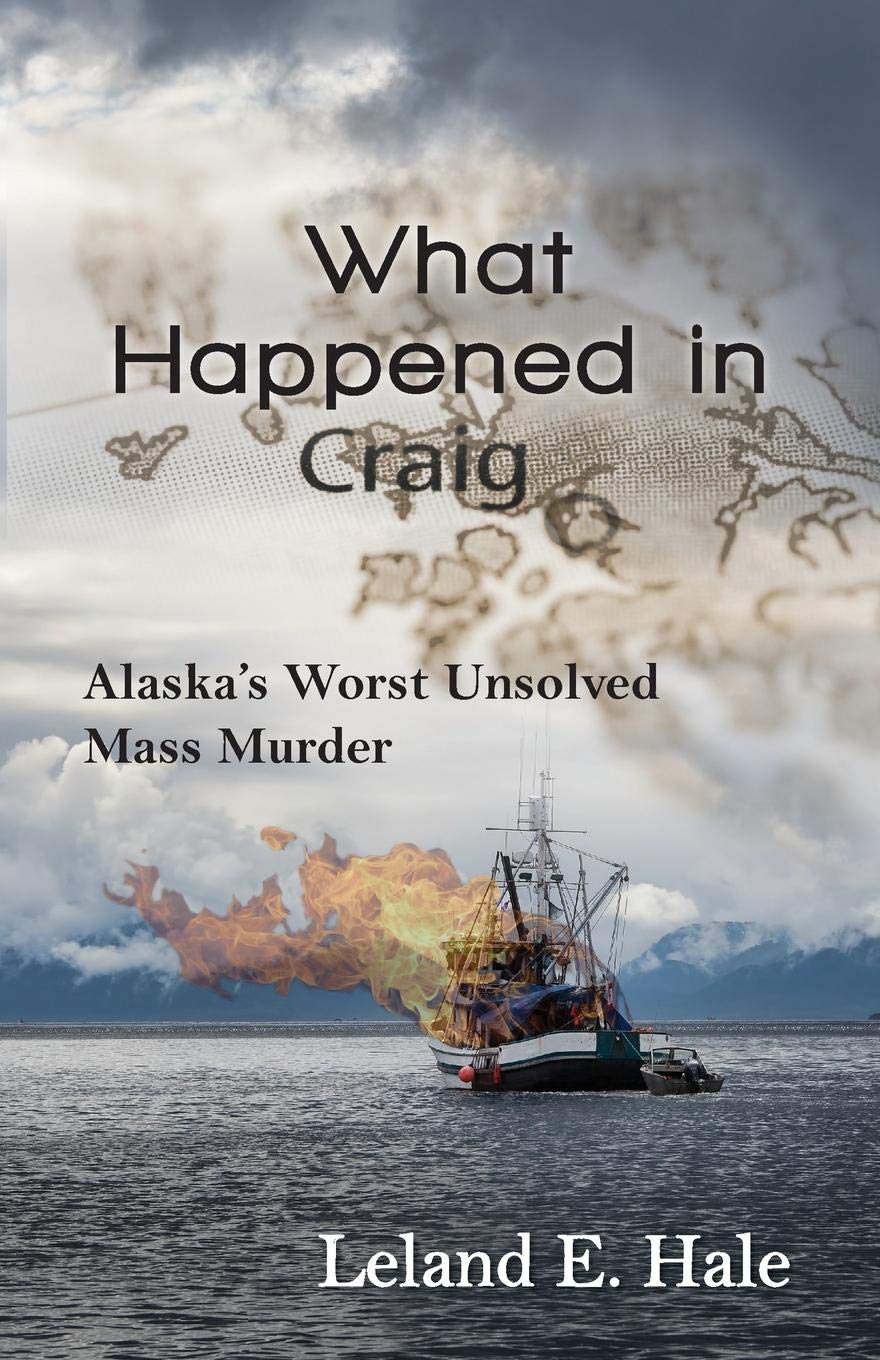 Leland Hale, along with his late coauthor Walter Gilmour, is known for writing the book “Butcher, Baker” about Anchorage serial killer Robert Hanson in the 1970s and early-’80s, which more recently was made into a movie. And Hale went back to 1980s Alaska for the subject of his new book, “What Happened in Craig?”, out this week.

It was the end of the fishing season in 1982 in tiny Craig, Alaska. The town was full of fishing boats and fishermen, and after a night of celebrating, nobody could find 28-year-old Mark Coulthurst, his boat — the Investor — or his crew, kids or wife, who was pregnant.

Hale spoke with Alaska Public Media’s Casey Grove and says what happened next rocked the community and set off one of the most perplexing murder mysteries in Alaska history.

HALE: Let’s set the scene. It’s in September. It’s the end of the fishing season in Southeast Alaska. There’s a little town called Craig. There’s about a hundred fishing boats in town. So now the population has doubled and people are out celebrating because the fishing seasons over. They’ve made their money and one of the vessels there is actually from Blaine, Washington. It’s skippered by a guy named Mark Coulthurst. He’s 27 years old. He’s got a million-dollar boat. It’s the pride of the fleet. Everybody’s celebrating. He’s celebrating his birthday. He’s had a few drinks. And then the next day people try to contact his boat. Some people see the vessel about a mile and a half out from Craig. Then the next thing we know this vessel is on fire. When they finally get the fire tamped down they discover bodies. They found four at that time. Four out of eight. First of all, you have sort of two crime scenes because the the killings were probably on the dock in Craig, so that’s one crime scene, but there’s second crime scene, which is the boat.

It was a year before they discovered someone that they thought was a suspect. It was another year before there was an arrest that guy named John Peel, who had worked for the Coulthursts on their previous boat, then it was another two years before the first trial, and that trial was in Ketchikan. It was a hung jury. So then there was a second trial and that moved to Juneau. And John Peel was acquitted. So we don’t know who did it. Whoever did it is still out there. This person would be now in his 50s, but that’s all we know.

GROVE: Going back and talking to people about events that happened in the past and tracking people down; that’s difficult in any circumstance. But especially in something tragic like this. I imagine it’s really tough to get people to talk to you.

HALE: Well, it got tougher later because there was a civil suit filed by John Peel and his attorneys. So people kind of clamp down but I did most of my research in the early 90s. And then I relied heavily on the court records because, as it turned out, the prosecuting attorney, Mary Ann Henry, had all of the records, even the stuff that the jury did not see or hear, put in the Alaska state archive in Juneau, so I had a very rich body of work there. And then I was able to talk to a couple of Troopers. In fact, I talked extensively to a guy named Trooper Bob Anderson, who was the first guy on the scene. And really his description of what was going on, what was going through his head, what he saw is how I open the book because it’s so immediate. I mean this guy was not expecting to find bodies, and he had nightmares after that. I talked to one of the detectives who did the scene investigation on the boat, and I was really lucky to talk to the first judge who gave me sort of the judges view of the trial.

GROVE: Through this reporting, doing this book, have you reached a conclusion on who you think was the real killer?

HALE: I haven’t. Imagine in your mind a pyramid, and the best investigations start at the bottom with a really strong base of facts and you just go up until you get to the top of the pyramid and there’s the person who did it the top. And this case it’s an inverted pyramid. So there’s not really a strong basis in fact. It was a circumstantial case from the very beginning. It never identified a motive. Speculation, there’s some people speculate it was drug-related, that because this guy had a million-dollar boat and he owed a lot of money, he was, you know, dealing cocaine. That’s not proven. What else? He wasn’t an Alaska fisherman. So maybe there’s a rivalry there that just kind of blew up. But I tend to think it’s somebody that was known. I mean, again, there was over 150 boats in Craig at that time. That’s a lot of people. It was the end of the season so they quickly dispersed. I mean, I think somebody out there knows who did it and just didn’t come forward.

Alaska Public Media > News > APRN Stories - Featured > ‘What Happened in Craig’: Trying to piece together one of the state’s most perplexing murder mysteries