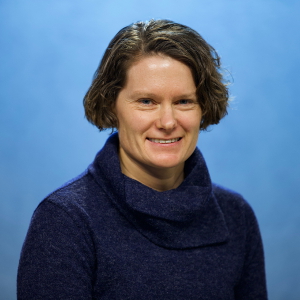 Annie Feidt is the Managing Editor for Alaska’s Energy Desk, a collaboration between Alaska Public Media in Anchorage, KTOO Public Media in Juneau and KUCB in Unalaska. Her reporting has taken her searching for polar bears on the Chukchi Sea ice, out to remote checkpoints on the Iditarod Trail, and up on the Eklutna Glacier with scientists studying its retreat. Her stories have been heard nationally on NPR and Marketplace. She was the former Editor and Producer of Alaska News Nightly.

Annie’s career in radio journalism began in 1998 at Minnesota Public Radio, where she produced the regional edition of All Things Considered. She moved to Anchorage in 2004 with her husband, intending to stay in the 49th state just a few years. She has no plans to leave anytime soon.