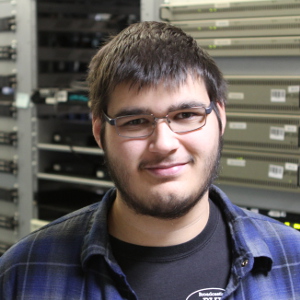 Connor is a graduate of Bates Technical College in Tacoma, Washington with an emphasis in broadcast engineering. Previously, Connor has worked at KBTC Public Television in master control, he was also a recipient of the National Association of Broadcaster’s Technology Apprenticeship Program and holds multiple professional certifications with the Society of Broadcast Engineers.

In his spare time, you will often find Connor on the Amateur Radio air waves or practicing programming.