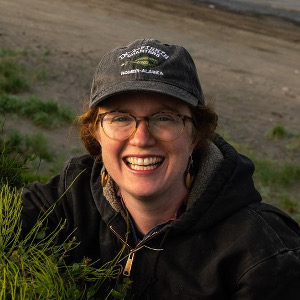 Julia O’Malley, Collaborating Newsroom Editor with Alaska’s Energy Desk, is a third-
generation Alaskan who worked for many years as a print reporter, columnist and editor
in Alaska, mainly for the Anchorage Daily News, before coming to radio in 2019.

Julia has also been a freelance journalist, focusing on Alaska’s politics, culture, environment and food. Her work has appeared in The New York Times, the
Washington Post, and The Nation, among other publications.

From 2015-2017, she was the Atwood Chair of Journalism at the University of Alaska
Anchorage. She received a James Beard Award in 2018 for a story about a young whale hunter, Chris Apassingok, who was cyber-bullied by environmentalists after he took a whale in the village of Gambell. Her book about Alaska’s food culture, “The Whale and the
Cupcake: Stories of Subsistence, Longing, and Community in Alaska,” was published by
University of Washington Press in 2019.