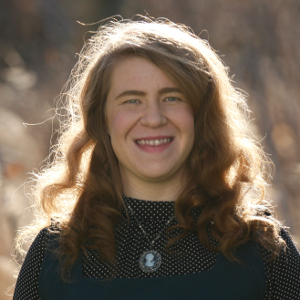 Shiri joined Alaska Public Media in January 2018.  Before joining AKPM, she worked as a News Production Assistant for Anchorage’s ABC/FOX/CW affiliate for six years.  Outside of work, she enjoys painting, metal clay jewelry, thrift shopping, hanging out with family/friends and traveling.

Shiri is an avid traveler has been to a couple different places in Europe, Israel and Japan. She has also resided in a few of the aforementioned. She enjoys research on cultural topics and is learning several different languages including Japanese, Korean, Hebrew and, in addition, historical languages such as Medieval English and Latin.