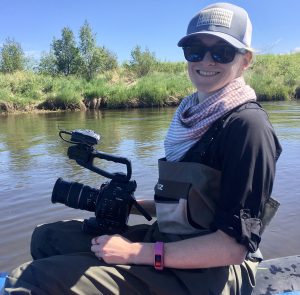 Originally from the Central Coast of California, Valerie joined Alaska Public Media in July 2017. Before moving to Alaska, Valerie worked as an ENG Editor at WRAL-TV in Raleigh, North Carolina. She also served in the U.S. Air Force as a TV/Radio Broadcast Journalist where she got the opportunity to travel around Europe, Africa, The Baltics and Australia reporting on military events, exercises, and missions.  Outside of work she enjoys hiking, skiing, backpacking, and traveling.