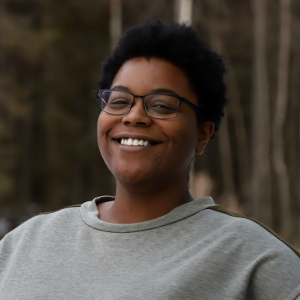 Zakiya McCummings is a Program Producer for Alaska Insight, Line One, Solutions Desk and Talk of Alaska.  She began her career in 2015 as an intern at the Anchorage Press, where she eventually became the arts & entertainment editor and social media manager.  Her work in culture and community reporting has been featured in the Anchorage Daily News, Anchorage Press, Edibile Alaska and The Spenardian.  In 2017, she was selected as a fellow for Salon’s Young American series.  She graduated with a B.A. in Journalism and Public Communications from the University of Alaska.