Iditarod teams began the final push up the Bering Sea Coast Sunday night. Everything from the condition of the dogs, to the weather can change dramatically and quickly on the sea ice, and that has mushers scrutinizing their own decisions and those made by their fellow competitors.

Seavey planned to bed down and rest in Shaktoolik, 40 miles up north. He says it’s a plan he followed last year. But, Seavey always has more than one plan in mind.

He isn’t the kind of musher that leaves anything to chance. In fact, few mushers do. But this year, Aaron Burmeister says the combination of deep cold and a rerouted trail still has mushers wondering how to tackle the miles ahead.

“You can’t run a schedule on a new trail with the conditions we’ve had with 50 below, two to three feet of fresh snow, you’ve gotta run your dog team,” Burmeister said.

But after 15 Iditarod finishes, Burmeister knows better than to underestimate how well his competition knows their dogs.

“The mushers that you see running at the front of this race are all mushers that are very good at reading their dogs, understand what they are capable of and savvy dog drivers and that’s what you’re going to find being competitive in this race,” Burmeister said.


“I will try to win, but my dog team is going to look good doing it,” Jeff King said. When he left Kaltag, Kings says his team “looked awesome.” “I swear to god, I was laughing going I think this time I am going to start picking out the color of my truck right now.”

He means the color of the brand new pick up truck that’s awarded to the first place finisher in Nome. Somewhere on the trail to Unalakleet, King’s visions of a new Dodge Ram turned into sightings of something much less appealing.

So King has altered his race plan. Something similar happened to Wade Marrs, he says his dogs are losing speed, but he’s still aiming for a top-10 finish.

“I didn’t mess up, but we definitely aren’t going to try to win anymore,” Marrs said. “We’re just going to take it easy and have fun and make it to Nome.”

That’s a difficult change of plans for a musher that’s extremely competitive. It’s a lesson Aliy Zirkle says she learned long ago.

“You can only race as hard as your dog team can go and then you can’t race any harder, so that is a pill that everyone has to swallow and swallow with a smile on your face,” she said.

Zirkle is known for diligently sticking to a race plan.

Emily: “Do you think that you’re ever a flexible musher?”
Aliy: “I‘d like to say yes, so I’m trying to do a little something different right now, we’ll see how it goes. I’ll get back to you.”

Zirkle says no musher ever really knows for sure whether its’ worth gambling until further up the trail.

Solar energy seems to make sense as power costs rise in Kake, but it’s more complicated than it seems 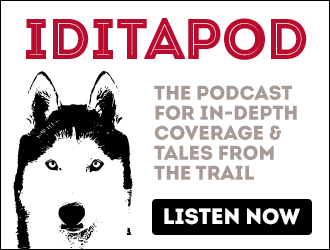