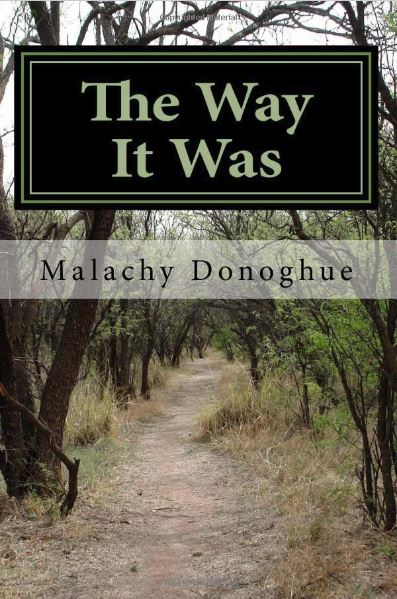 A recent memoir chronicles the adventures of a young man as he emigrated from Ireland to New York and Alaska.

“The Way It Was” is based on the writings of Malachy Donoghue and was published after his death.

Donoghue’s son Michael says he realized his father’s story was more than a collection of family memories, it was a story of hard work and success that he wanted to share.

Malachy Donoghue was born in 1927 in a small Irish farming community but he had to grow up fast when his father died of an aneurysm. Malachy was only 11 and had to be the man of the house, helping his mother run their farm. He left for New York at age 22 but found the city’s temperatures too hot, so with no knowledge of California, he decided to move to San Diego in 1950, but his son Michael says when he got to Seattle, he bailed off the plane.

“And suddenly said, ‘I want to go somewhere it’s cold,’ Michael said. “Had no idea of anything in America, really had no idea where he was even and they said we have two flights going to Alaska and he said, which is the first one, they said to Fairbanks and that’s where he jumped on a plane and went to Fairbanks.”

Once in Fairbanks, Malachy had no idea where to go, so he sat on a bench and struck up a conversation with a stranger.

“This man ended up being his saving grace, he points him in the right direction, got him a job in the Goldstream camp and then he went on to the El Dorado camp,” Michael said.

Eventually the company Malachy worked for sent him to the Koyukuk river to locate a gold mine they hadn’t seen since 1939. He found it and ran the camp there for years. One day, he once again ran into the man who helped him get his first job in Alaska.

“This man got him into the engineer’s union there and that’s how he eventually became an engineer,” Michael said. “My father was such a hard worker, any where he went people wanted him to work for them. He didn’t worry about jobs, they always came to him for it.”

The elder Donoghue eventually made his way back to New York and married a young woman who had been his pen pal during his years in Alaska. His son Michael says Alaska was always in his father’s heart and contends he would have stayed in the north, if he hadn’t fallen in love with his writing companion.

The book “The Way It Was” is available on Amazon.