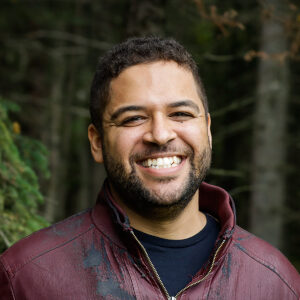 Wesley moved to Anchorage just before his freshman year at Bartlett High School, where he graduated. He went on to earn a degree in journalism and public communications from the University of Alaska Anchorage.

Wesley’s journey into public radio began as an undergrad when he interned for Alaska Public Media. He was hired full time after he got his degree, and worked for three years as a web editor, producer for Alaska News Nightly and education reporter. He then moved to Kotzebue, AK (Qikiqtaġruk in Iñupiaq) to work at KOTZ-AM, where he was the community’s first News Director in more than a decade.

After two years of covering Arctic climate change, subsistence, Iñupiaq culture and the region’s response to the COVID-19 pandemic, he returned home to Anchorage to cover the city he’s called home for most of his life.

Wesley’s work has appeared on national programs such as Science Friday and Here and Now.